Some businesses or events involve a certain amount of risk; for example, owning a skydiving business or organizing a marathon. In such cases, it is best to have the participants sign a Release of Liability also called a Waiver Form. A Sample Waiver Form is basically a written agreement that says that the sponsor of an activity cannot be held liable for any harm suffered by any participant. Waivers being chiefly a legal tool, also act as an educational purpose making the participant think over his actions twice. Usually any activity or event that involves physical activity or minors or any kind of travel off-campus should use the Sample Waiver Form. It also gives the temporary authority to seek medical treatment for the patrons or minors involved.

Some of the major clauses involved in the Form are mentioned. The Form will evidently show both the party’s names and signatures. The participant should clearly state that he is aware of the risks involved and that in the unfortunate happening of an incident; he/she will not hold the host responsible. Any damages caused by the participant’s negligence will be borne by him. Anyone, who does not wish to sign, cannot take part in the event. However, this form does not include employees who are acting in the course of employment. Also waivers cannot be signed by minors; it would have to be done by their parents or guardians.

Waiver forms should be used in exact formats and not re-worded so that no questions arise later. 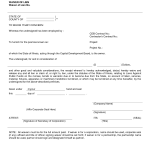 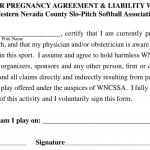 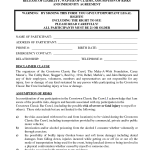 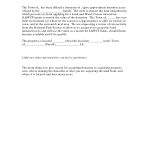 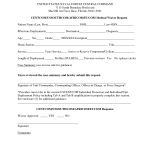 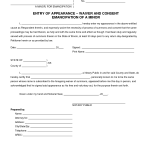 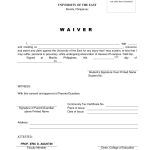 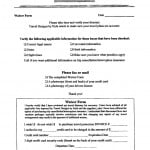