This Service Contract is between Jonathan Doe of 27 Data St Don Manuel, Quezon City, and ABC Company of 212 Dr Sixto Antonio Ave 1600, Pasig City, and is valid as of March 11, 2003. (Collectively the “Parties”).

The primary purpose of the services shall be to provide musical enjoyment in the form of recorded music.

3. TERM. Jonathan Doe and ABC Company acknowledge this Contract is for services commencing on the above date and ending on April 18, 2003. All parties should consent in writing to prolong or renew the contract.

If an invoice isn’t paid when due, 2 percent per year or the maximum permitted by law will be applied as interest. Jonathan Doe must pay all amount owed, including lawyers’ fees.

5. CANCELLATION POLICY. Any payments paid will be refunded in the case that Jonathan Doe cancels this Contract in writing more than 14 days before the event. Jonathan Doe is responsible for paying the full amount of the agreed-upon costs in the event that a cancellation of Services is made with fewer than 14 days to go before the event. All of Jonathan Doe’s payments to ABC Company will be fully returned if ABC Company cancels the agreement. Any refund must be paid at the end of the month.

6. INDEMNIFICATION. ABC Company commits to indemnify and hold Jonathan Doe harmless from all claims, damages, expenditures, fees, charges, and judgments resulting from ABC Company and/or its employees, agents, or consultants.

7. WARRANTY. ABC Company shall offer its services and satisfy its commitments under this Contract in a prompt and skillful manner, using expertise and suggestions for conducting the services that meet generally satisfactory industry and regional guidelines, and will provide a criterion of care equivalent to, or greater to, utilized by comparable service providers on related projects.

8. DEFAULT. The following are material breaches of this contract:

b. Either party’s bankruptcy

c. Any creditor or government agency levies, seizes, applies for, or sells either party’s assets.

d. Failure to furnish or perform Services as agreed.

9. REMEDIES. Suppose a party defaults by neglecting to effectively fulfill any provision, term, or condition of this Contract (including failing to pay the balance when due). In that case, the other party may terminate the Contract by delivering written notice to the defaulting party. This notification must detail the nature of default. The party receiving the notice has 10 days to remediate the default (s). Failure to resolve the default(s) within the given time period will automatically terminate the Contract, unless waived.

10. ENTIRE AGREEMENT. This Contract incorporates all of the parties’ commitments and obligations, oral or written. This Contract replaces any former written and oral arrangements.

12. AMENDMENT. This Agreement may be changed or updated in document, provided that the writing is acknowledged by the party who would be affected by the changes.

13. NOTICE. Any notice or correspondence needed or authorized under this Contract must be given in person or by certified mail, return confirmation sought, to the address in the introductory section or to any other address one party may have provided to the other in writing.

14. SIGNATORIES. Both Jane Hihe, Owner of ABC Company and Jonathan D. Doe, on behalf of Jonathan Doe, should sign this Agreement, which will go into effect as of the day it was first written. 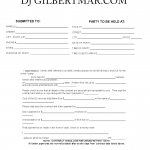 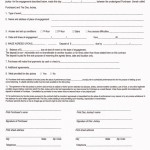 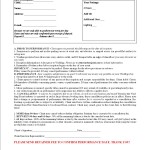 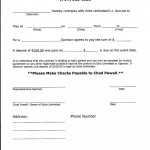 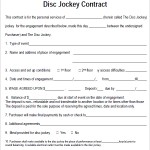 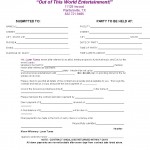 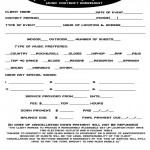 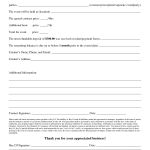 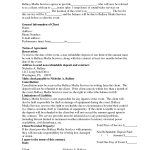 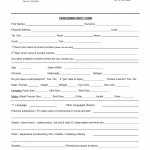 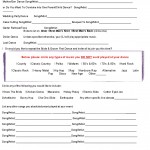 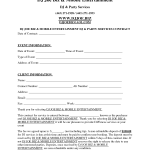 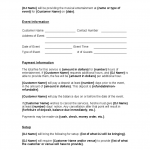 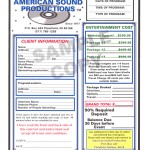